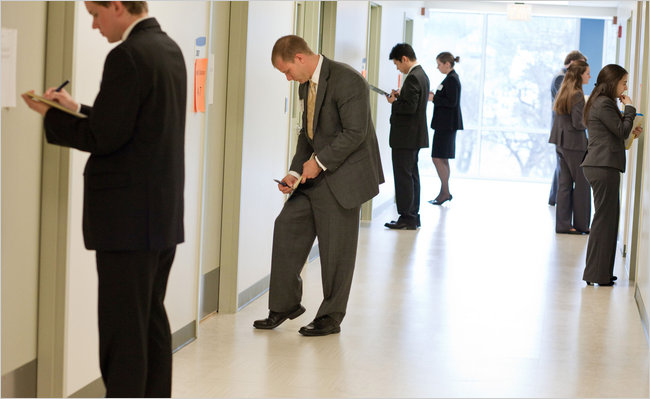 I came across an article in the NYT last month about the MMI interview process making its way into medical schools in the United States.  The article mentions that at least 8 medical schools such as Stanford and UCLA are now using MMIs to replace their traditional admissions personal interview.

Considering McMaster has been using the MMIs since 2002, it’s interesting to see that the majority of Canadian medical schools now use MMIs and a growing number of American schools are adopting the same model of admissions interviewing.

Dr. Harold Reiter who is the chair of Admissions at McMaster, developed the MMI interview system in medical school and is also a colleague of mine in the Department of Radiation Oncology. Last I heard, Harvard medical school was going to be switching over to MMIs shortly!   In case you weren’t aware, McMaster also helped Harvard set up their New Pathway curriculum when they switched over to a more PBL based curriculum!

For those interested, here is the full NYT article.

View all posts by: admin